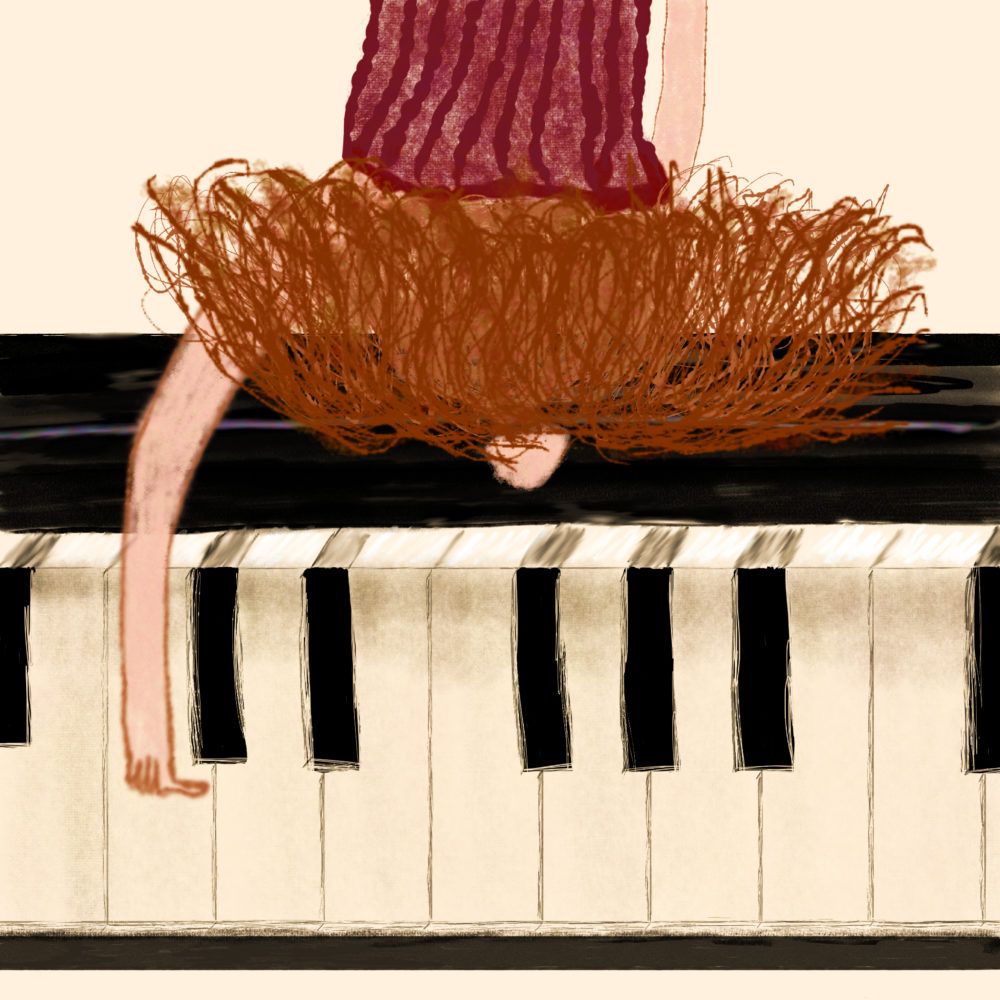 Music theory is the study of the various possibilities of music. It broadens up your options for understanding and creating music. By learning music theory, you can use music as a way to communicate. You are more capable of transmitting and perceiving emotions, if that’s what you want, in a more direct way. When you are having a difficult day, learn music. Because, despite our troubles, music is a reminder that we still can have a moment of satisfaction. It is a moment where art is there as a company and as a resource to express the way we feel.

Life is about surviving. Some days are blue and other days we smile. When we create, life is less awful. With challenging hobbies, we appreciate those moments when we don’t judge ourselves. That is what music and arts are for. They are a companion for both gloomy and shiny days. There are endless possibilities and everything we do is valid. Our thoughts matter and we get to use them as a source of inspiration to create.

With music theory, we can improve our listening and musical skills. We are incorporating more tools to music composition, an interesting hobby that works as a medium for our soul to express freely.

There are three major components in music theory:

All of them are made up of individual sounds or notes. The relationship between the notes is what music theory is all about. Below is a definition of the main concepts of music theory. With these definitions, you can understand better how the melody and the harmony are composed within a music piece.

In total there are 12 different notes in music. The distance between the notes is a semitone. They repeat in the same order throughout the keyboard and in our range of hearing. They are either represented with alphabet letters or musical names (do, re, mi, fa, sol, la, si). The alphabet is used mostly in Anglo Saxon countries and jazz. Read here to discover a bit of the history behind the names in different countries.

The easiest way to visualize the notes is by using a keyboard. To identify for example a C or do, lookout for a group of two black keys, and to the left, you will find one. An octave is the next highest or lowest pitch from that same note. For instance, the next C from the one you found also is a C and has twice its frequency.

Furthermore, the intervals are named according to the quality of their sound. The quality is determined by the way we perceive the sounds. For all intervals, except for the unison, 4th, 5th, and the 8th (octave), the qualities are:

The octave, 4th, 5th, and unison, are not major or minor because they are considered to be consonant. This category comes from the way we perceive sounds. It is associated with pleasantness. I will describe it also as stability. With the rest of the intervals, you may sense a need to resolve, while with the octave, 4th, 5th, and unison you are comfortable and accept where you are.

It all comes down to listening, exploring, and coming up with your definitions. Music is an art, and all of us might have different feelings towards certain sounds. That is why this is incredibly interesting. It is about experimenting and training your hearing skills.

When we listen to two notes either at the same time or not, we can judge the quality of the sound. Play with the notes, and experiment with what you like, and think about the different sounds. Part of playing and exploring with music theory is to brighten up your day. That is the beauty of art. It all comes down to what you make of it. It could be a very interesting session where you explore with a keyboard and come up with your definitions and sensations towards certain sounds.

The key of a musical piece is the group of notes that form the basis of the composition. There are twelve different keys and they derive from the twelve possible notes. The key signature defines which notes are sharp ♯ or flat ♭.

Key signatures identify the key of a song. For example, a song with a key signature of one ♯sharp is either G major or E minor. To find out the key from a key signature, there are two steps. First, check whether there are sharps ♯ or flats ♭. Second, listen to the beginning and the end of the song to determine whether it is a major or a minor key. If it is a major key, follow the steps below. For a minor key, follow the steps and then go down 3 semitones to find the minor key.

Music theory is about practice. So is life and our minds. This will brighten up your day!!

Music scales are descending or ascending notes within an octave. The distance between the notes is defined by the key. If you start from any note, you can build up a scale. You have to be aware of the key, hence the key signature, to know which notes (if any) have flats or sharps.

Because there are twelve notes, there are twelve possible major scales. Think of major scales as those that suggest happy and uplifting sounds. Also, because a scale is within an octave it is composed of seven consecutive notes. You will know which notes have either sharps or flats according to the key signature.

As with the major scales, there are twelve possible natural minor scales. Most importantly, think of minor scales as those that suggest sad and emotional sounds. Remember the key signature to know which notes should or shouldn’t have a flat or a sharp.

All the theory above was to come to this point. That is, to understand the relationship between notes to listen to a piece with a critical ear.

The melody and the harmony often are composed for you to feel pleasure. That is because we find pleasing some succession of notes.

The rhythm in music is how the notes are played in time. That is to say, the way you perceive the sounds in time. To understand rhythm think of it as when, how, and what. When are notes played, for how long, and what accent they have?

With what you have read so far, you can use the properties of the sounds to evoke different feelings. For example, you can generate an expectation or release tension. Below you will find how you can play with notes, using elements of music theory, to suggest a mood.

Below there are four different types of chords; how to build them, and what feelings they evoke. Above all, always think about the key signature. You start with a base, and you modify that base to communicate something.

To create a story mix the chords and create a progression. That is a series of successive chords that could go along with a melody and the rhythm. You can use all four types one after another. However, you have to listen constantly to determine whether they create what you are looking for.

There are many ways to make chord progressions. Music theory is a great tool; however, use always your hearing skills to determine if what you are composing sounds pleasing. Also, listen closely to see if it relates to what you want to express.

Grab a cup of coffee or tea, go to a nice spot in your house. Do you want to play or want to listen? If you want to listen put on classical music. Listen for example, to Claude Debussy. The piece you are listening to is Clair de Lune and it’s in D♭ major. What does that mean? What do you feel throughout the piece? Can you make wild guesses about Debussy’s intentions in some parts? Try to relate parts and chords with feelings.

Now, for when you want to play something. For example, you want to express suspense. You are playing in A♭ major. What are the flats of your composition? How do you construct a diminished triad from the submediant…

It is a lot of practice, but it is as rewarding. Music theory is about our rational and emotional mind, that is why it is so engaging. That is why it brightens up any awful day.

This is Just the Beginning

Music theory is a great tool to understand music better. Moreover, it’s a way to expand your knowledge and interest in music. With this simple introduction, you can create musical pieces with more resources. It is a great help for communicating and expressing certain feelings.

While writing this post I realized something: music is a lot about major and minor sounds. Start there and like I’ve said many times, listen, listen, and oh yes, listen. It all comes to that, fortunately. Music comes down to what we enjoy and how we perceive compositions. The more you listen, the more you will come up with your definitions.