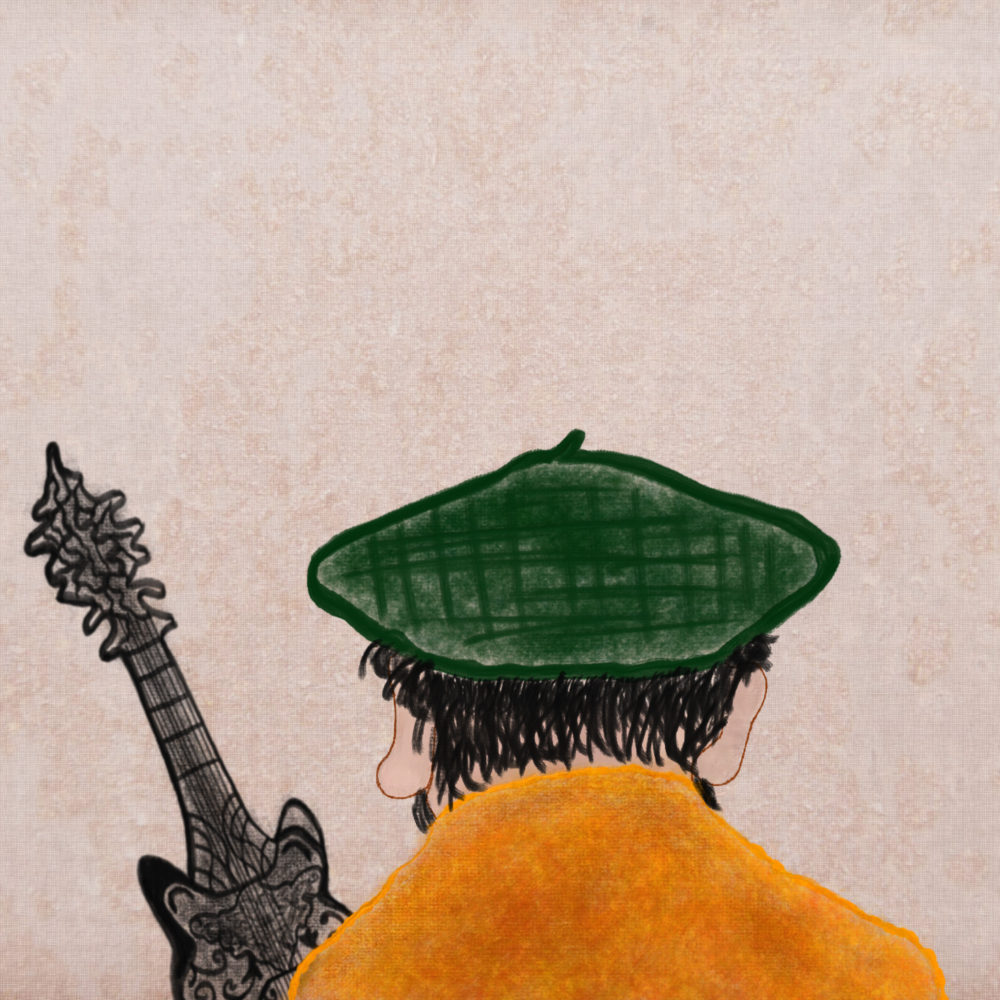 We often ask ourselves what is the meaning of life. Sometimes it seems our life is a constant pursuit of emotions. Everyone has their desires and their own definition of a meaningful life. Learn through da Vinci and his music what constitutes a thoughtful life.

Through our lives, we grow, experiment, and as a consequence, we evolve. I truly believe that this evolution is proportional to the time we spend observing.

What we cherish and learn from our daily tasks is what constitutes a thoughtful life. The time we spend observing the things around us, as well as our values, is what truly matters.

That is what Leonardo da Vinci did his whole life. He carried a notebook and observed. What is going on in the world? How did the things around him work? He tried to find solutions to inventions in his mind. All this with a constant pursuit of answers and observations. He was present and aware of what was going on around him.

This is what we can learn from him. His pursuit of answers. This is the way to live a meaningful life. With constant awareness and curiosity. Be curious about your life and your feelings. Discover what you want and what you cherish most in life.

Incorporate Art in the Process

You can be insightful and observant with artistic creations. The importance is to be able to notice your thoughts and feelings. That is why art is so powerful. You will gain insights not through the things that you create, but through the process itself.

Inspired by the way Leonardo da Vinci observed music, I did this post. The purpose of it is to make you mindful through sounds and your imagination. I intend to show you how music can be an inspiration for observation. Also, to notice the way our senses connect and the way they can help us live with a present and conscious self.

A Bit of History

Leonardo da Vinci (15 April 1452- 2 May 1519) was an Italian polymath (painter, musician, mathematician, scientist, and above all an inventor). He lived during the Renaissance, a period of great social progress.

Among other historic events of the time, in the 1450s Machu Picchu was constructed. In 1492 Christopher Columbus invaded America. In 1499 Michelangelo’s Pietà was made in Rome.

The invention of the harpsichord was in the 1450s. Another good invention, the scotch whisky happened around 1494. In 1512 Copernicus proclaims that the center of the solar system is the sun.

We often hear about da Vinci’s paintings, the Monalisa (1503-1516), the Last Supper (1492-1498). We don’t know about his musical compositions because they were lost. It is a pity, but we still have all his wisdom in music to get a sense of who he was. His contribution to the creation and inspiration of music remains.

What were his contributions to music and how to incorporate that wisdom in your life?

This is to play a musical piece without a guide, not planned with anticipation. That is why a lot of the information on da Vinci’s music is lost. Da Vinci was known as a great performer, he was “found to excel all the other musicians of the court” (Leonardo da Vinci as a Musician, Emanuel Winternitz, page 39).

These improvisations usually were a recitation accompanied by an instrument. At this time in music history, polyphony was developing. Most compositions and improvisations were monophonic. Polyphony is where there is more than one voice and monophonic is when there is just one voice or a single melodic line.

The instrument Leonardo da Vinci used to improvise was the lira da braccio. This instrument evolved into the violin. It had seven chords, five of them were attached to plugs and the two remaining were free for plucking.

A man who by nature had a high-flowing spirit, full of gracefulness, and who sang divinely, as an improviser, over its accompaniment.

Improvisation is about letting your soul talk. What can come out of your thoughts?

Da Vinci a Luthier in Music

Leonardo da Vinci made string instruments inspired by animal parts. One that was recognized was a lyra in the form of the skull of a horse in silver (Leonardo da Vinci as a Musician, Emanuel Winternitz, page 30). Because he studied anatomy, he knew the way the head of an animal could resonate.

This magnificent invention is a reminder to experiment. You can invent something to express. For example, a digital instrument. It is much easier nowadays because we have a ton more possibilities. It is about creating, inventing, observing, and expressing. Using your hands in the process is the best way to incorporate art into your life.

You can learn how to work with clay and make pottery vases. Work in your garden and get your hands dirty. This has been shown by neuroscientists to be an effective way to help your body produce serotonin, a chemical in the body that produces happiness.

Leonardo da Vinci considered that music was the figuration of invisible things. You probably can’t touch your feelings but they are there and they are worth observing. Express them through artistic creations. Learn an instrument and learn to compose music.

This is a great way to visualize that which we can’t observe. Once you recognize a negative feeling, you can’t stop it from becoming a negative thought. Probably da Vinci would say, music helps you figure out that which you are feeling.

This process of acknowledging is a preventive care form. Before your negative thoughts, you can observe your emotions and evaluate them.

Men have song as the physician of pain.

While I was investigating da Vinci and his music, I didn’t find a lot of information. I found a recent article quite interesting about recent discoveries of his DNA, though. Anyway, I got to a point where I wanted to change this post. But it kept me thinking how a genius like da Vinci came to work on so many things without a lot of information.

He kept his notebooks and he made lists of everything that he wanted to investigate. That is what I did with his music. I read and was inspired by what I found.

I started to realize that information is a source of creation. This post is not an activity to follow, it is inspiring content from one of the best minds this world has come across: Leonardo da Vinci. Particularly, da Vinci and his music and what it represents.

It is about experimenting and inventing. He didn’t have a lot of data at that time, and we don’t have a lot of information about his music. That is the beauty of his musical legacy. He is showing us indirectly what he experienced. In a way, we have to be creative with the little information we can find.

Follow his steps and invent. You can even try to figure out his music notation. Here is a really interesting attempt by an artist.

Connection Between the Senses

There are many forms of meditation. You can tune in with your breath, listen to the sounds around you, notice smells, etc. Inspired by da Vinci and a group of friends, I created the following interpretation of da Vinci’s music.

The painting is by Leonardo da Vinci, titled Portrait of a Musician (By Leonardo da Vinci – Own work (Personal work), Public Domain, on Wikimedia Commons). It is a soundscape, an audible environment of what you would perceive. Read here about the benefits of noticing sounds and shaping your soundscapes.

The idea is to connect your senses in the experience. Just by observing a painting, what do you imagine is happening audibly? Let your imagination be in what it is observing. You can do that by bringing your attention to what you would imagine you would listen to. This is a way to create a soundscape. Make your mental picture of everything that sounds in the picture or the photograph that you are observing.

A Soundscape Inspired by da Vinci

Think about the renaissance. What happened at that time? What was transportation like during that century? Think about others and the way they move around in life. Not only means of transportation but what advantages you have compared to others. Be empathic and imagine sounds in different cultures.

The music of da Vinci, although we can’t hear it, came through his analysis and curiosity. Creating soundscapes is about imagining. It could be a reminder to be grateful. Through his eyes, one can begin to notice details and look for explanations of phenomena. For example, he studied the way the timbre of an instrument changed depending on different factors.

Leonardo da Vinci analyzed the difference of sounds considering the volume of the body, the shape, and even the velocity of the air stream. If you want to read further on the matter, read the book Leonardo da Vinci as a Musician, Emanuel Winternitz.

It could be easier now with all the information we have at hand. Use this in your favor. Sounds connect people. Browse for sounds and create your personal soundscape out of curiosity.

The invitation is to wonder, to ask yourself questions about how things work. About your life and your emotions. Why are you feeling the way you do and how do the sounds around affect you? How would a particular situation sound?

The Meaning of Life is to Reflect

That is what is great about Leonardo da Vinci and his work. The way he questioned all the objects around him. He was constantly observing and thinking about how things worked.

That is the invitation to this post. It is about reflecting, observing, and imagining. Carry a notebook, create soundscapes, compose, draw, whatever you decide to do, value your capacity to find answers. Value your mind and the infinite possibilities you have at hand. Life is about learning, what best way to learn than through art? A meaningful life, a life with art.